On Monday, December 9, 2019, Tundra & I & Randy Fred visited the BC Legislature for a meeting with Honourable Scott Fraser, Minister of Indigenous Relations and Reconciliation and Honourable Rob Fleming, Minister of Education.

This meeting had been in the planning stages for 6 months. The week before the meeting, I had inquired whether Tundra would be allowed to visit. A day later the answer came back, No. There were no animals allowed in the Legislature. However, the following day I was informed that permission had been granted for Tundra to visit.

The two ministerial offices had wanted Tundra to visit so they got permission from the Speaker of the Legislature who has jurisdiction for the Legislative Building.

The meeting was scheduled for 9AM & 10 minutes before the three of us ascended the stairs to the Main Entrance. We were warmly greeted by the security staff & then Cindy & Sarah, assistants to Doug Routley, our MLA. We were ushered to the Hemlock Room.

We met Minister Fraser & his staff before entering the room. Scott was in awe of Tundra as were his staff. They petted Tundra & interacted with her. We were led into the room & were joined by Education staff. They played with Tundra & formal introductions were made. Tundra was thirsty and drinking out of my water glass and Minister Fraser went & got a bowl & filled it with water for Tundra.

During the one hour meeting, Tundra went & laid down on the other side of the room. Randy & I informed Scott Fraser, his staff & Education Ministry staff of our programs in the schools & community. They were very impressed but their impression of Tundra was the greatest.

When the meeting concluded, about 30 staff from other offices, Legislative security staff & others had gathered outside seeking to see Tundra. They were let in & were very impressed & gave Tundra lots of attention & affection. I met former police officers I had worked with who now worked at the Legislature.

Tundra was a huge hit at this meeting particularly with Minister Scott Fraser who had brought his wife down for the visit. We look forward to working with these two ministries in the future to advance our programs.

It was a historic day as no other wolf had visited the BC Legislature before. Lets hope she has had a positive effect on the staff there to gain some better treatment of Tundra’s wild cousins. 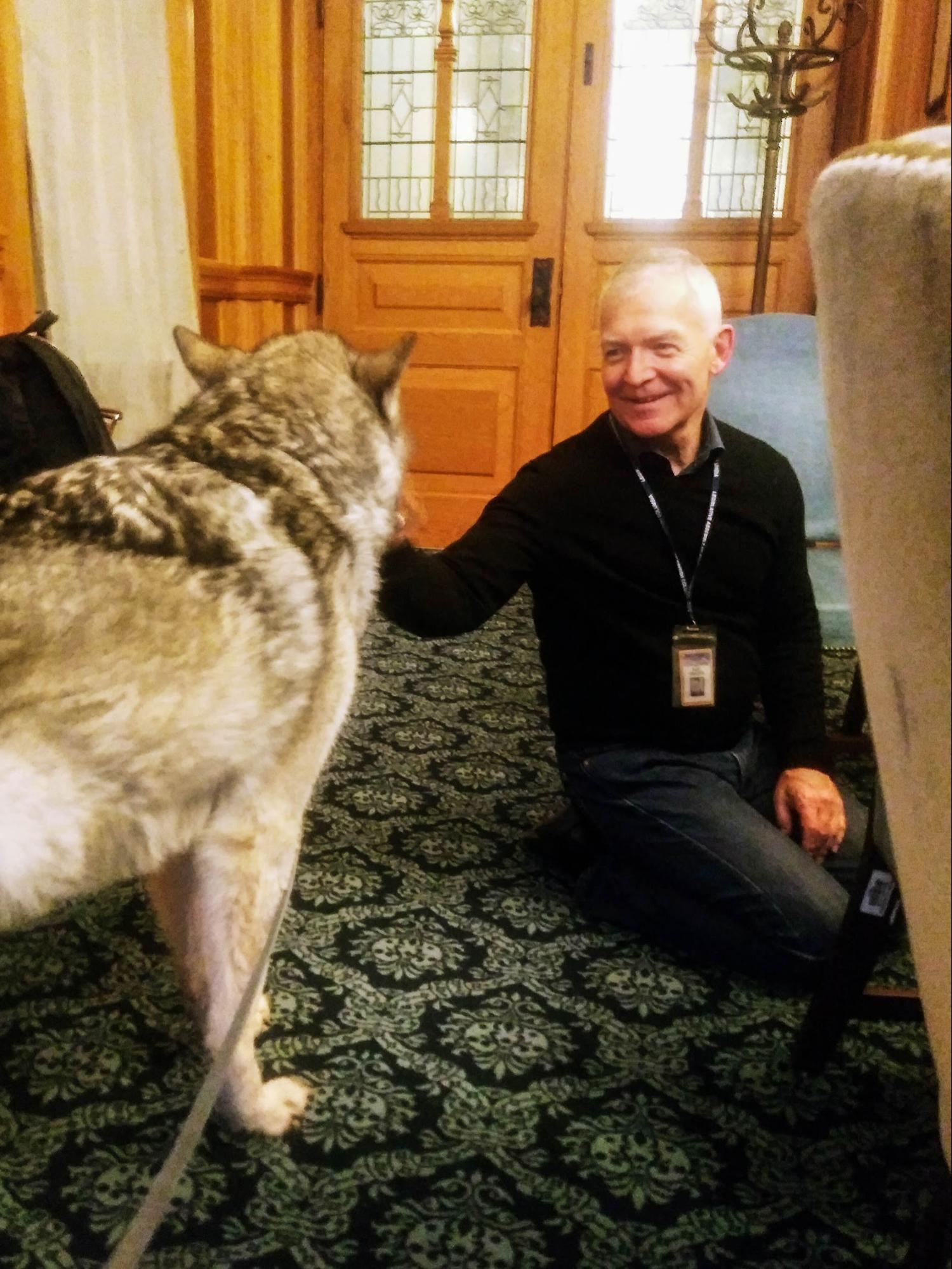 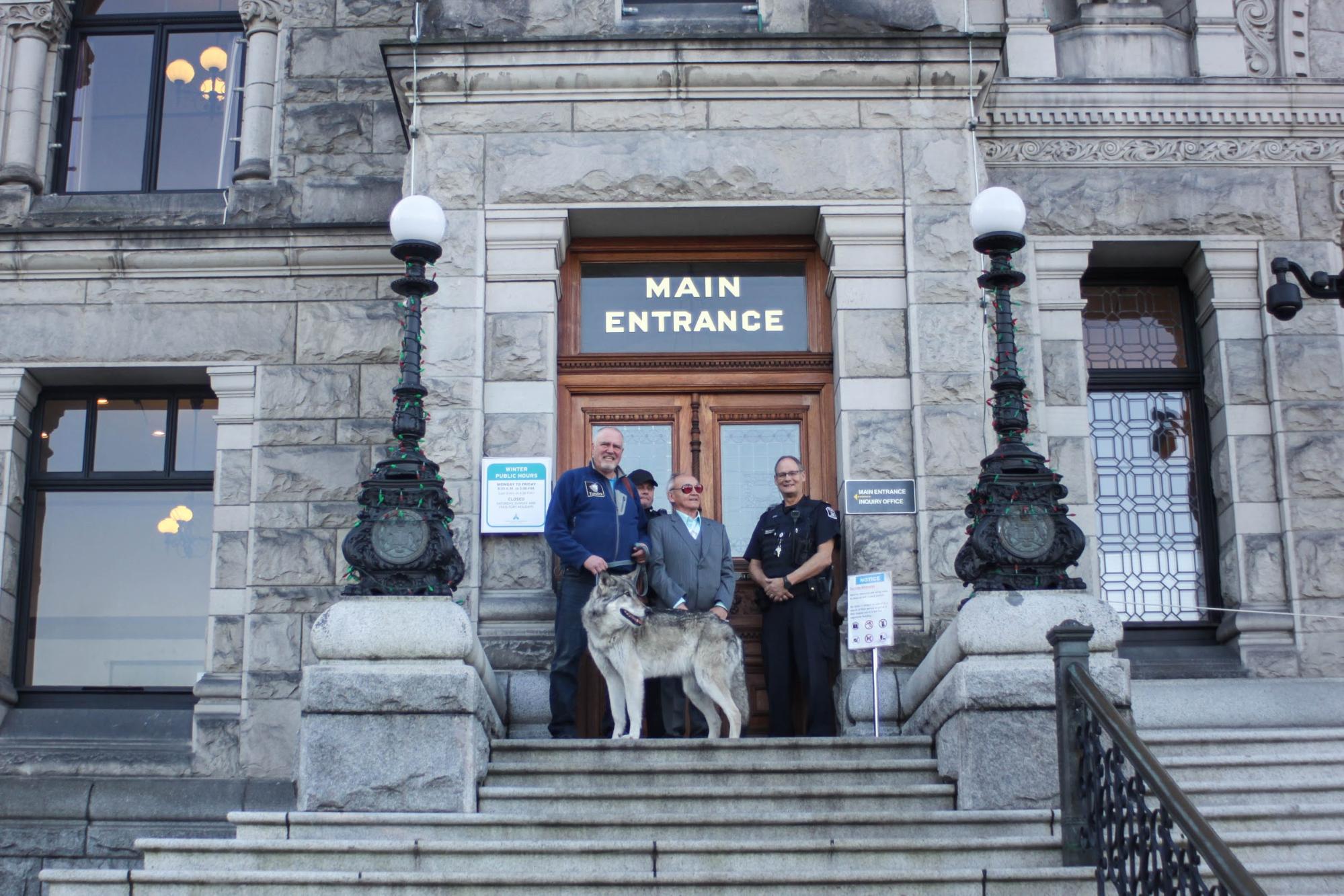